American pop boy band Big Time Rush is bringing its 2022 tour to Arizona Federal Theatre on Saturday 13th August 2022. This will be the Nickolodeon Boy Band’s first tour in nearly a decade, and all their fans are hugely excited. The 41 date “Forever” tour will begin on 23rd June and conclude around 20th August. The supporting artist is D’Amelio, who is also a huge fan of the band. They will be performing at some of the most iconic venue theatres in the country, including a first-ever headlining performance at Madison Square Garden on 30th June. If you’re suddenly feeling nostalgic about Big Time Rush coming back to perform on stage, make sure you don’t miss the occasion. Get your tickets right now before they are gone! 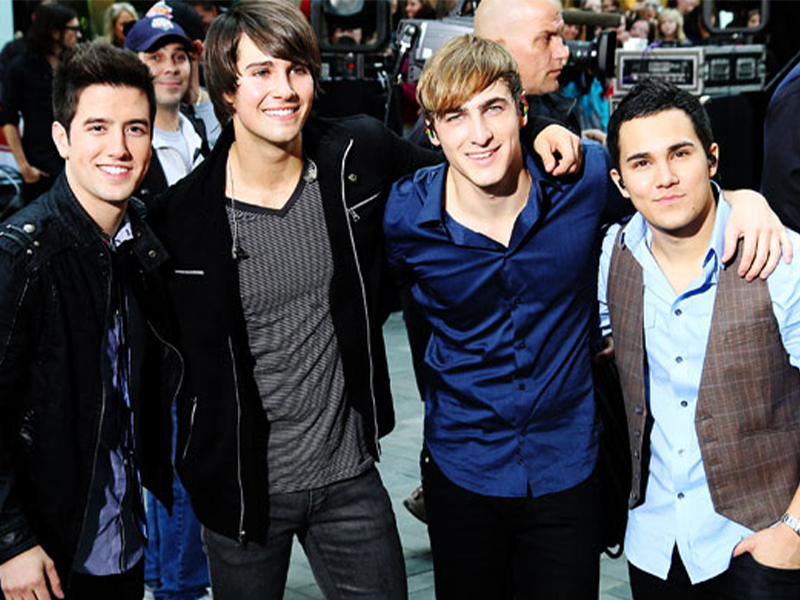 The band was formed in 2009 and was part of a Nickolodeon show for four years. The band members then went on their separate ways in entertainment industry, but yet remained close to each other in life. Their fans have constantly talked about a comeback since the past 9 or 10 years and the announcement was just unbelievable for some of them. They announced the tour on Good Morning America, stating how delighted they were to play live once again for their fans. They officially made their comeback last December with their latest single, Call It Like I See It. The single was a massive hit and they payed two live shows in Chicago and NYC after that.
Big Time Rush is also bringing the highly talented Dixie D’Amelio. The social media phenomenon is a 3 time Triller Billboard Chart Topper. Fans are also looking forward to some new releases, as well as waiting for their favorite boy band to take the stage once again. Their wonderful chemistry was evident in the show but fans believe that they still retain the same spark, they had back in 2009 when they were just teenagers. If you want to watch Big Time Rush live in concert, make sure you buy your tickets right now before they are sold out!